It's a rainy day today, so Vienna and I took a walk down the driveway to splash in the puddle that collects there. This was her first real puddle to play in. After a few initial baby taps in the water, she got right in splashing and stomping and waving her hands through it all... (Sadly no pictures; didn't bring the camera).

I thought she'd had fun.

Silly me. Clean-up seems to be the best part! Vienna had a ball washing off under the tap. She ducked her head under the water, washed her feet and every other body part, stuck her fingers into the dribble.. and mostly ran around like a mad thing! 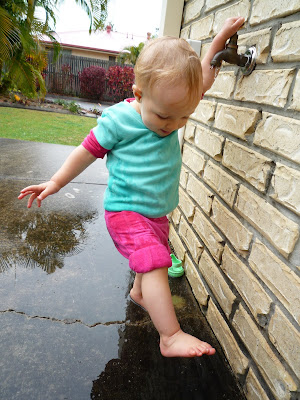 I've gotta say, she sure is a lot of fun!
And a big reminder that the simplest things, like water droplets running down your nose, are a great reason for crazy giggles and mad running in circles!
I sure do love her. 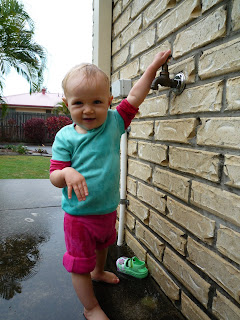 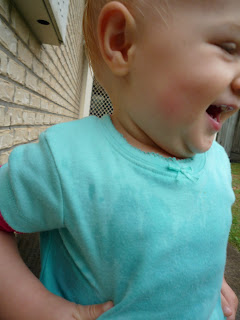 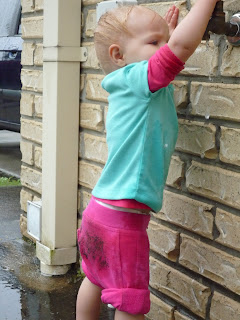 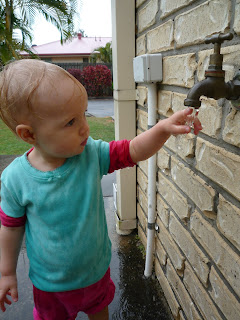 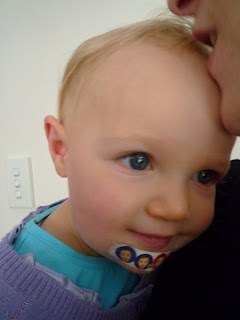 On another note, Vienna had her first bandaid on Sunday. Aww... I think it's pretty impressive that she got to 17mths before this event. And even then, we only put it on to stop a little scab from being knocked again. 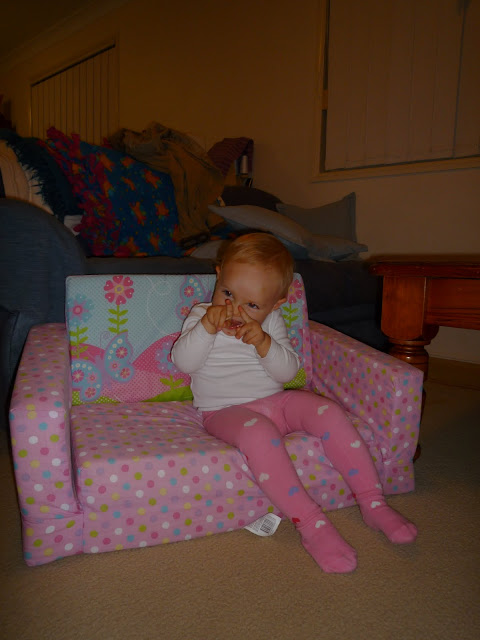 And I've just got to put this photo up.... my funny girl has made up some kind of funny finger-pointy thing. The other day she chased Justin around while doing that.

Obviously Dadda's genes are starting to show... ;)
Posted by Heidi at 2:15 PM No comments: Links to this post

I am in love! I have discovered felt hair clips. Ahhhhh....
At the moment I'm just experimenting with some different designs, and have made 10 so far. I had to post them: 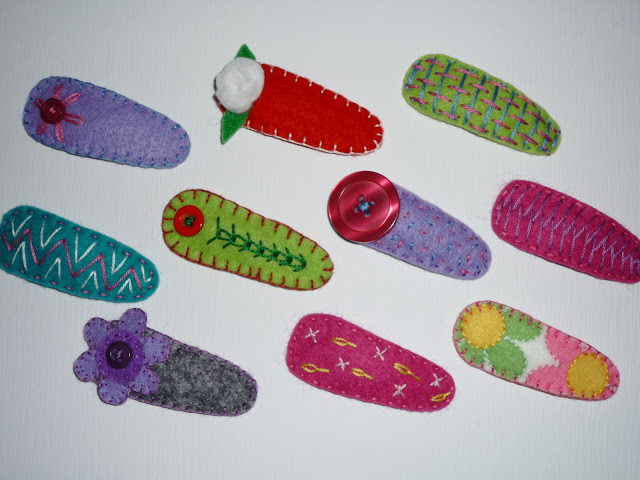 My favourite so far is probably the charcoal one with the purple felt flower. Also loving the flowers one on the bottom right, and the purple cupcake sprinkles one in the middle.

I know what my evenings are going to be filled with from now on!
Posted by Heidi at 10:02 PM No comments: Links to this post

I want get some other photos on here, to try and catch up on life this year... (I'm a poet, don't ya know it). So from now on there will be the occasional random post with a lot of recent and not-so-recent photos.
SUPERHERO DAY @ PLAYGROUP
This was a few weeks ago, for end of term. I made the cape in no time at all. It's fleece, with the V and the stars roughly stitched on. Two straps to tie around her overalls, rather than her neck (visions of toddlers strangling each other were going through my head...). 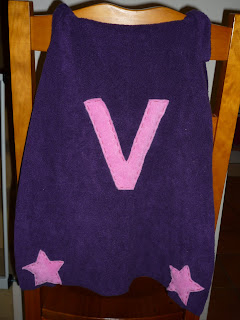 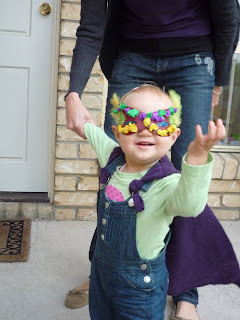 The eye mask was a craft project from the week before. 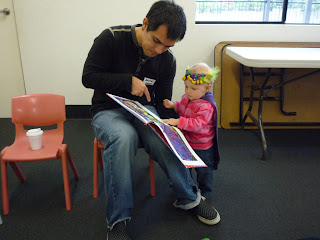 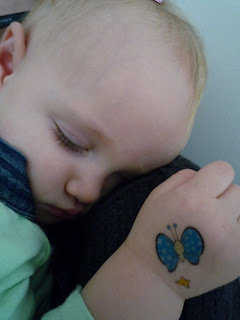 Dadda had the day off and was able to come too! And after a big day of saving the day... the superhero has some much needed sleep.
She got her first "semi-permanent sticker" that day. (I changed the name... I didn't like the idea of a "tattoo" on my baby :P)

ROMA ST. PARKLANDS
On a gorgeously sunny Saturday not so long ago we went into Roma Street Parklands and spent half the day just wandering around. Such a pretty (and big) place right in the city! 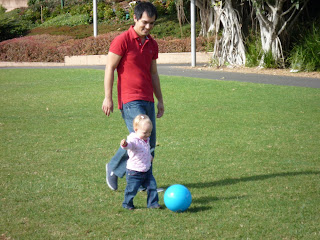 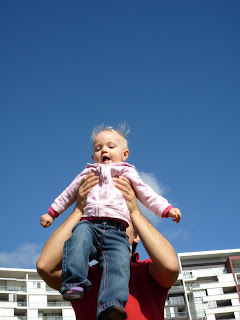 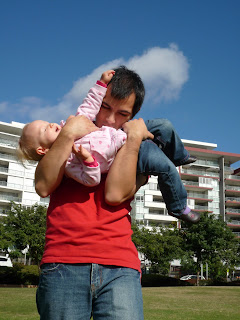 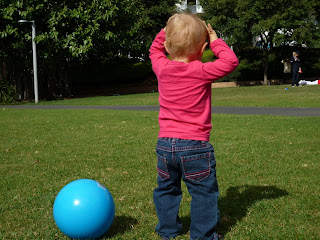 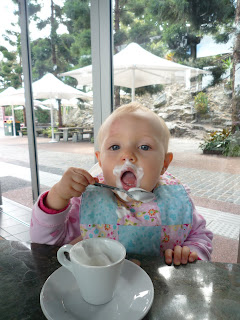 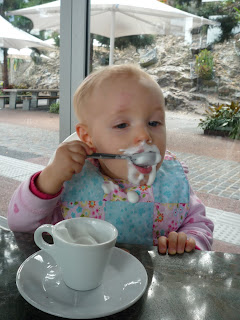 Of course, the day wouldn't have been complete without a babycino...
Mmm, so good! 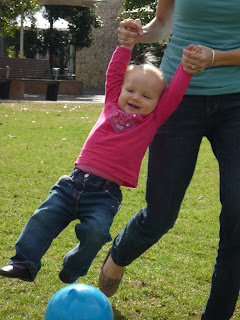 We really love these kind of days, and always go home saying "We should do this more often"....
But the weeks slip by all too easily before we even think to go again.

P.S. Just for the record, posting photos on here is maddening!!! They never go where I want them to! :S
Posted by Heidi at 1:31 PM No comments: Links to this post

I've been wanting to make one of these ever since I first came across it, only my little darling is much too big to appreciate something like this, and my husband may look at me strangely if I start carting one around with me..... So with the birth of a workmate's grandson, came the opportunity I'd been waiting for!


I made a boy version... with a couple of bells inside (which sadly don't jingle very much thanks to the stuffing). 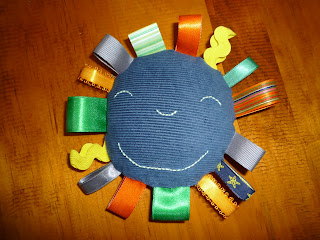 It was a quick and easy project, and the ribbons were fun to pick out. If we're blessed with another baby, I'll definitely make one of these for him/her! 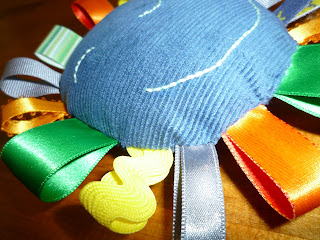 Posted by Heidi at 2:07 PM No comments: Links to this post

For a 'secret santa' present last Christmas I made up a pamper box that included a heat pack and cooling eye pillow both filled with rice. I got the idea from this tutorial. I've since made two different sized rice/ice packs for our freezer that have already come in mighty handy for a certain toddler: 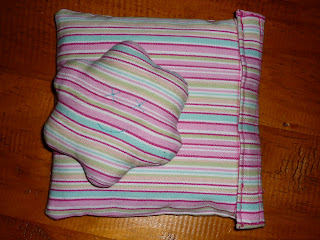 It's a bit hard to see, but there's a little face on the small bag.
Because they are filled with rice, the temperature isn't too cold on your skin and there is no need to wrap them in a teatowel. The rice is very good at molding itself around the injured body part- something ice packs can't, until they've gone all squishy. The larger packs have a removable cover so the grime that comes with injuries can easily be washed away. The little packs (perfect for baby boo-boos) are only one layer however- no cover.
Mum had asked me for one for their freezer also, and today I finally got round to making two up. I love them! 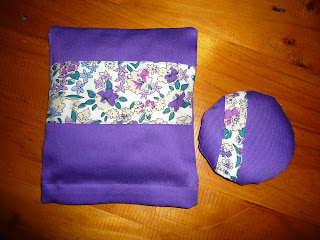 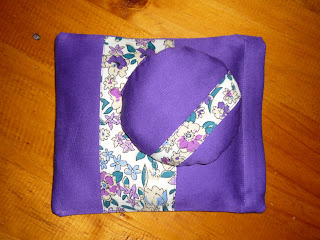 Posted by Heidi at 7:25 PM No comments: Links to this post

Pegs have never been dressed so well..

Seeing as my plastic peg basket had broken in so many places and was being held together with twine... I decided that it was time for something new! So I made a cutsie peg bag from this book.
Was very easy to make, though I found the actual pattern piece a bit strange. Take a look! 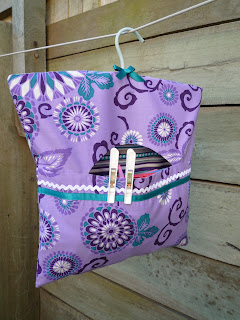 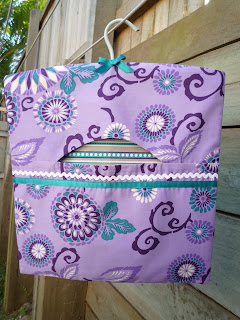 Posted by Heidi at 2:39 PM No comments: Links to this post

Yesterday was an exciting day - settlement day for our land! So of course we had to go for a drive to visit OUR dirt. Did I mention that it's ours? Well, apart from the bit of it that we owe money on... small detail. Aside from that, it's ours, yay! 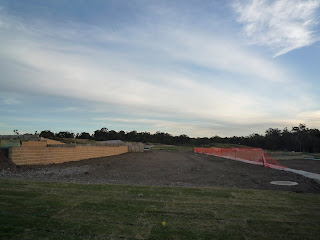 My gorgeous in her new backyard. 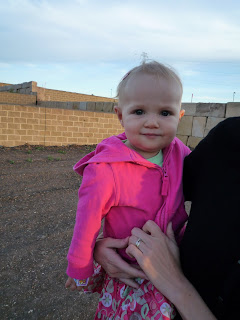 And because we all need another picture of dirt.. from the back this time. 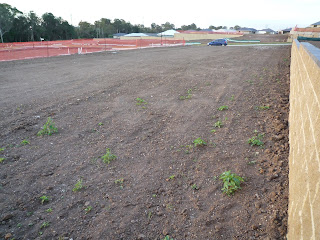 Posted by Heidi at 2:23 PM No comments: Links to this post

Heidi
Hi and welcome to my very new and very amateur blog! I am a stay-at-home mum to my beautiful Vienna, and wife to my wonderful man Justin. I also work one shift a week as a nurse. In my spare time (aka girlie's nap time!) I love trying out fun new projects, usually sewing of some sort or another. I mostly want to use this blog to start keeping track of the things I make, and some of the things that we get up to. Enjoy!

Me and my girl